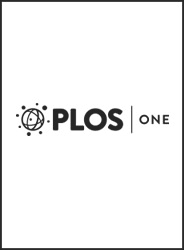 Large cities get more for less: Water footprint efficiency across the US

Many urban indicators and functional citywide properties have been shown to scale with population due to agglomeration effects. We hypothesize that scaling relations may also exist for water-related urban indicators such as the water footprint. The water footprint is an indicator of water use that measures humans’ appropriation of freshwater resources. We analyze the scaling of the water footprint for 65 mid- to large-sized US cities using both empirical estimates and a social interaction network model of city functioning. The network model is used to explain the presence of any scaling exponent in the empirical estimates of the urban water footprint by linking to previous theories of urban scaling. We find that the urban water footprint tends to approximately show sublinear scaling behavior with both population and gross domestic product. Thus, large cities tend to be more water footprint efficient and productive than mid-sized cities, where efficiency and productivity are quantified, in a broad sense, as deviations from a linear scaling exponent. We find the sublinear scaling may be linked to changes in urban economic structure with city size, which lead to large cities shifting water intensive economic activities to less populated regions. In addition, we find that green water contributes to the scaling both positively by transferring the dependence of food consumption on population into the water footprint and negatively by increasing heterogeneity. Overall, the proposed scaling relations allow for the comparison of water footprint efficiency and productivity of cities. Comparing these properties and identifying deviations from the expected behavior has implications for water resources and urban sustainability.