This webpage goes into detail about the mining activity in Spain, it is published by the National Geographic Institute where it has a series of graphs showing where most mining activities take place as well as the mining operations by number of employees carried out in the country. It also mentions that the financial contribution that mineral deposits had for Spain’s GDP in the past has diminished since the 80’s and now represents 0.7% of the GDP. According to statistics provided by the Mining Statistics of Spain, in 2014 Spain was the 8th producer of carbon, 3rd in copper, one of the four producers of nickel, the only producer of sepiolite in the European Union. By regions the largest amount of mining activity occurs in Andalucía with 23.3% of Spain’s total mining activities taking place there, followed by Cataluña with 18.5%.

Available within this Webpage 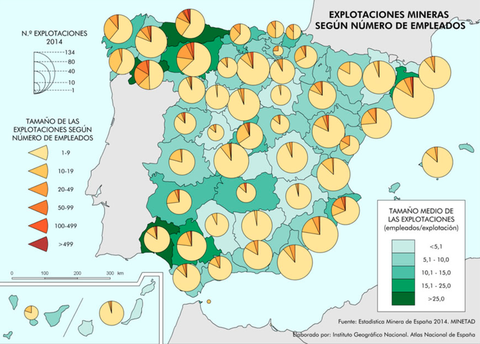 Map of Mining Operations in Spain 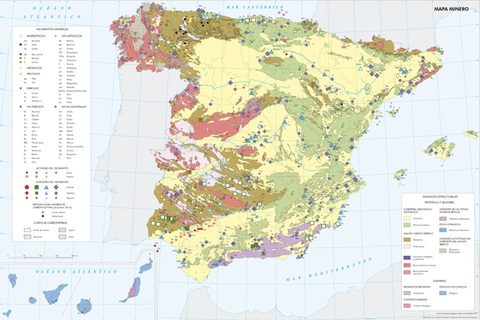