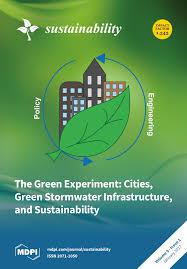 The Impact of Hurricane Irma on the Metabolism of St. Martin’s Island

Due to their sometimes devastating and, at the same time, transformative effects, the impacts of major hurricanes on small islands leave their mark both on the way territories operate and on their future development. This was the case during the passage of hurricane Irma over the island of Saint Martin in 2017. By analyzing the stocks and circulation of hurricane waste flows, our aim was to see whether the inherent evolution of Saint Martin’s metabolism as a result of the island’s total destruction tended toward a lasting transformation of its waste management system and, therefore, toward the territory’s sustainability. This evolution was analyzed in a diachronic approach and over a short time frame. It was based on three structuring territorial metabolism dimensions: the intensity of waste flows, the spatial structure of the metabolism and the actors and techniques that explain it. Results show that while the intensity of the waste flows changed durably after Irma, the lasting transformation of the spatial structure and the actor system was less obvious and depended on the waste stream. Results also reveal the importance of reflecting on the development of recycling and reuse methods as a solution for improving post-hurricane waste planning on islands.