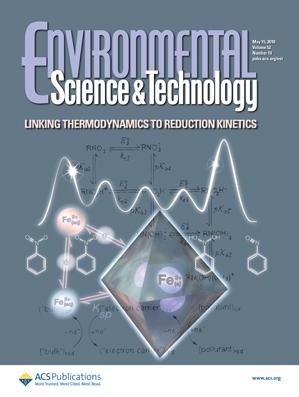 Patterns of Iron Use in Societal Evolution

A dynamic material flow model was used to analyze the patterns of iron stocks in use for six industrialized countries. The contemporary iron stock in the remaining countries was estimated assuming that they follow a similar pattern of iron stock per economic activity. Iron stocks have reached a plateau of about 8−12 tons per capita in the United States, France, and the United Kingdom, but not yet in Japan, Canada, and Australia. The global average iron stock was determined to be 2.7 tons per capita. An increase to a level of 10 tons over the next decades would deplete about the currently identified reserves. A subsequent saturation would open a long-term potential to dramatically shift resource use from primary to secondary sources. The observed saturation pattern implies that developing countries with rapidly growing stocks have a lower potential for recycling domestic scrap and hence for greenhouse gas emissions saving than industrialized countries, a fact that has not been addressed sufficiently in the climate change debate. 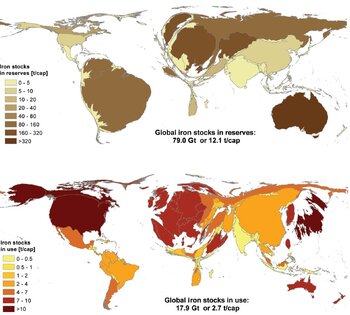 Global iron stocks (in use and reserves)