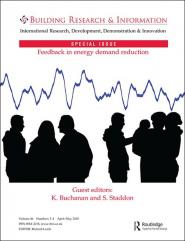 Since their introduction in 1929, polychlorinated biphenyls (PCBs) have been used in a wide range of applications, mainly in industrialized countries. Although production of PCBs was largely banned in the 1970s, they are still present in various applications as well as in the environment where they remain a potential threat to animal and human health. PCBs were applied in different building materials in Norway in the period between 1950 and 1980. This study attempts to estimate the use for various applications in buildings, and to distinguish between residential and non-residential buildings. The results are combined with a dynamic material flow analysis (MFA) to estimate past and future stocks and flows of building-related PCBs in Norway. Results indicate that PCBs in the building stock peaked around 1980, and have since decreased as PCBs have been banned and efforts made to remove the substance from existing applications. However, considerable amounts remain in the building stock and will be released in smaller amounts for many more decades. While current legislation focuses mainly on the applications with short lifetimes, the handling of building applications with long lifetimes represent the main unresolved challenges of the future.