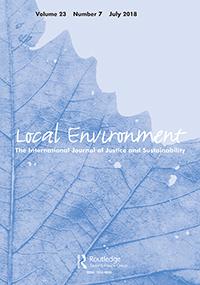 Climate change loss and damage (L&D) presents an existential threat to the Pacific Island Countries. Having contributed least to total greenhouse gas emissions, the nations of the South Pacific are highly vulnerable to rising sea-levels, tropical cyclones and other climate-related risks. Through a narrative review of the academic and policy debate and recent media reports, this paper analyses the political nature of the L&D discussion under the United Nations Framework Convention on Climate Change. Through the analysis of the crucial roles of attribution, compensation and geopolitics in framing L&D, it becomes clear that developed Parties have provided little support to respond to the financial concerns of L&D and the policy framework remains under-developed. Efforts to address L&D in Pacific Island Countries are hindered by a lack of data for understanding, monitoring and evaluating adaptation limits. Beyond that however, developed countries have largely contested any notion of legal responsibility that would require obligatory payments to compensate L&D suffered by vulnerable countries. The review of current narratives on L&D suggest there is a consistent unwillingness by developed countries to formalise approaches to attribute climate change impacts, related governance regimes, or compensatory mechanisms. The call from developing nations for compensation and rehabilitation is partly based on the argument that developed countries have both legal and moral obligations to assist poor and vulnerable countries address the issue. Financing remains a contentious issue and will likely become increasingly problematic if a universal definition and framework for responding to L&D is not agreed upon.