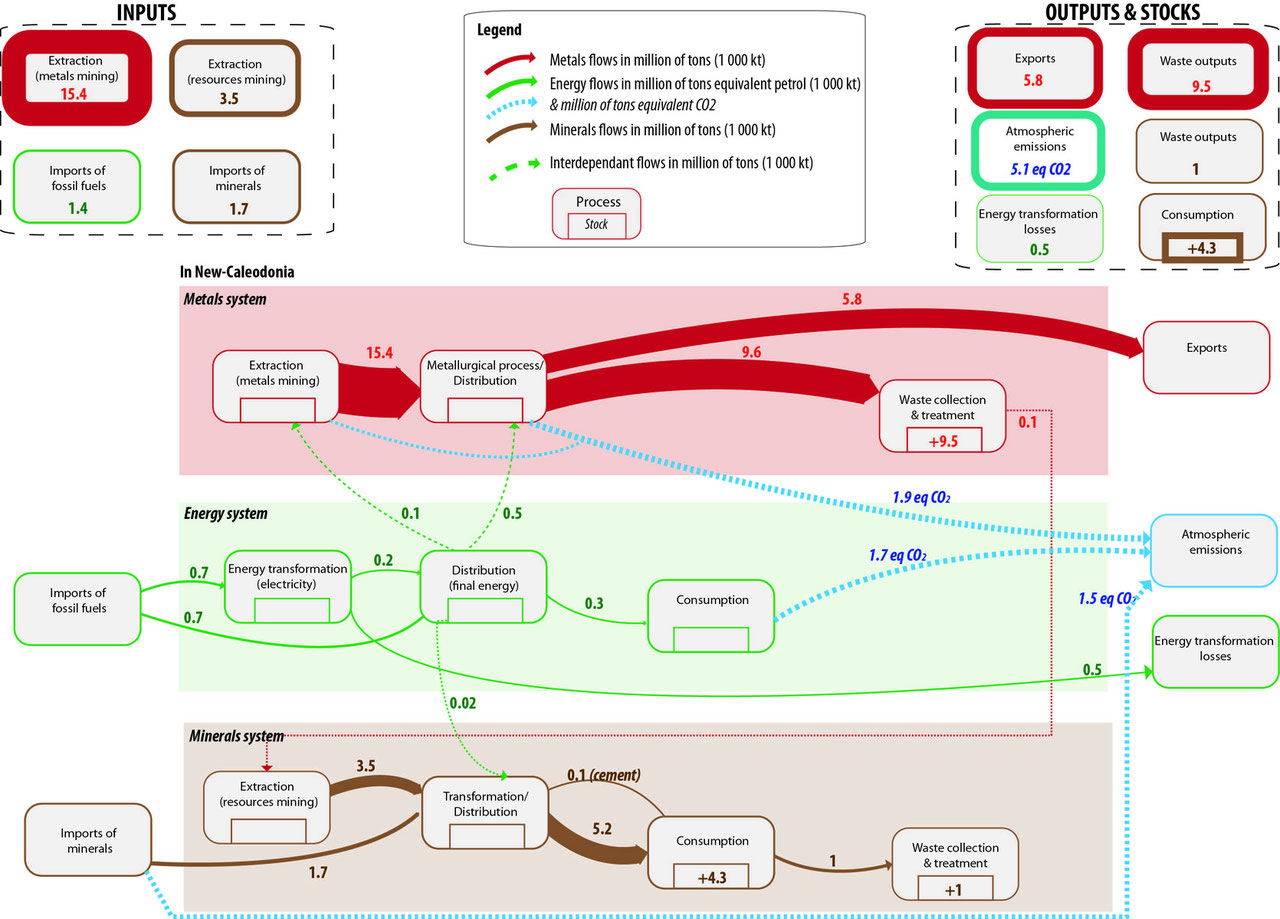 The “energy” sector is very dependent on imports, growing from 0.65 million tons in 2000 to 1.56 million tons in 2016. This translates into an extremely low energy independence rate of 2.7% in 2016, which has not changed much since 2000 [61]. In addition, fossil fuels are the major source of energy with 63% of petroleum products and 34% of coal. A significant part is transformed into electricity by power plants, which were presented in Figure 3 as a loss of −0.5 million in the transformation process. Transport related to nickel concerns the majority of fossil fuel consumption with 0.2 million tons of petroleum products out of the 0.3 indicated in the consumption stage [62]. Despite investment programs in renewable energies and an increase in their production, it is clear that the energy balance is dependent on imported fossil fuels, which reinforces other economic imbalances.