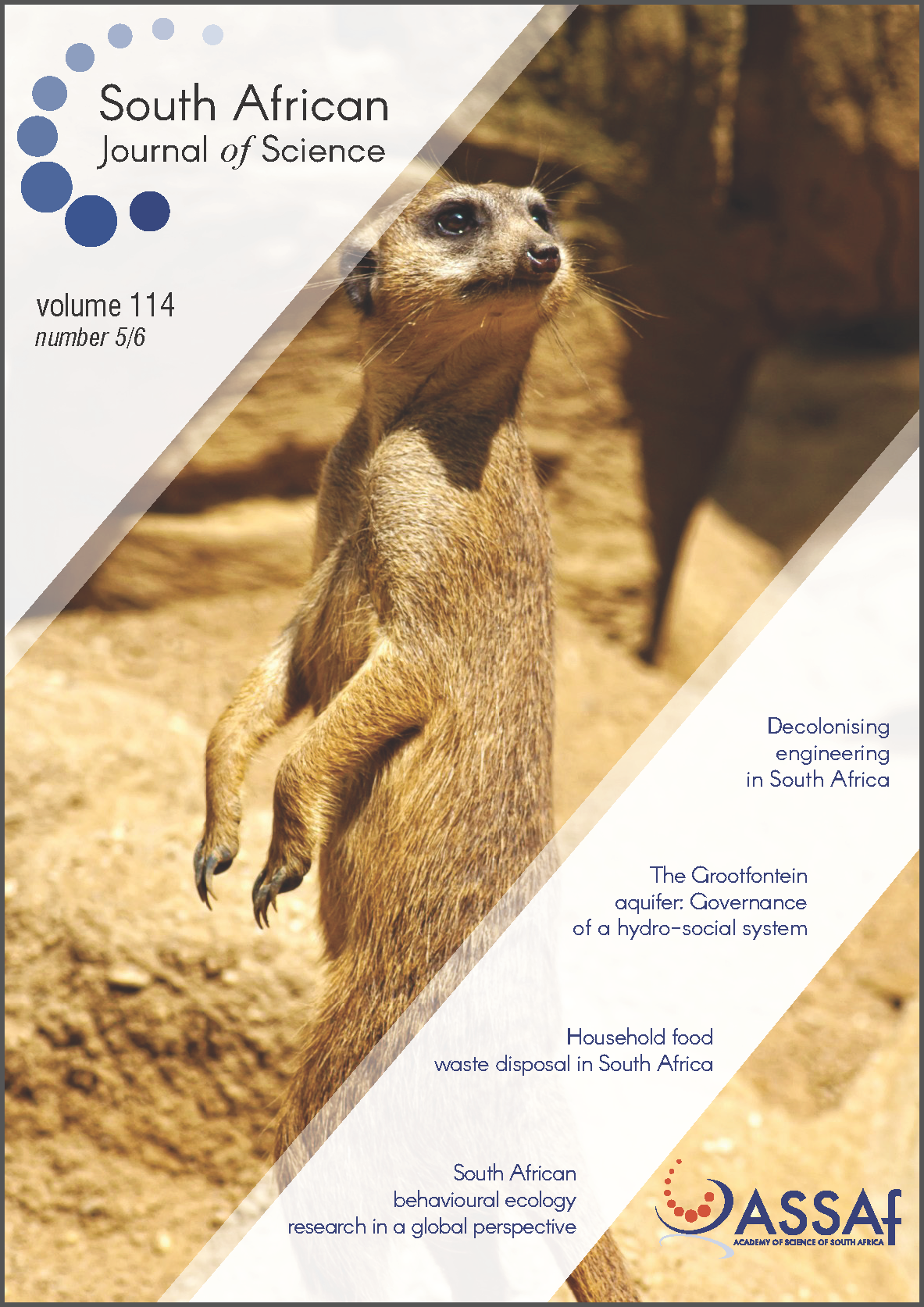 Food waste is becoming an important issue in light of population growth and global food security concerns. However, data on food wastage are limited, especially for developing countries. Global estimates suggest that households in developed countries waste more food than those in developing countries, but these estimates are based on assumptions that have not been tested. We therefore set out to present primary data relating to household food waste disposal for South Africa within the sub-Saharan African context. As the Gauteng Province contributes about 45% of the total municipal waste generated in South Africa, the case study area covers two of the large urban metropolitan municipalities in Gauteng, namely Ekurhuleni and Johannesburg, with a combined population of 8.33 million, representing nearly 15% of the South African population. Municipal solid waste characterisation studies using bulk sampling with randomised grab sub-sampling were undertaken over a 6-week period during summer in 2014 (Johannesburg) and 2016 (Ekurhuleni), covering a representative sample of the municipal waste collection routes from households in each of the two surveyed municipalities. The food waste component of the household waste (excluding garden waste) was 3% in Ekurhuleni and 7% in Johannesburg. The results indicate that an average of 0.48 kg (Ekurhuleni) and 0.69 kg (Johannesburg) of food waste (including inedible parts) is disposed of into the municipal bin per household per week in the two = municipalities, respectively. This translates into per capita food waste disposal of 8 kg and 12 kg per annum, respectively, in South Africa as compared to the estimated 6–11 kg per annum in sub-Saharan Africa and South and Southeast Asia.

Significance:
• Research on food waste in developing countries is limited.
• This study is the first of its kind undertaken in South Africa.
• Food waste research is important to address food security issues.
• This study provides evidence to support Sustainable Development Goal 12.3.