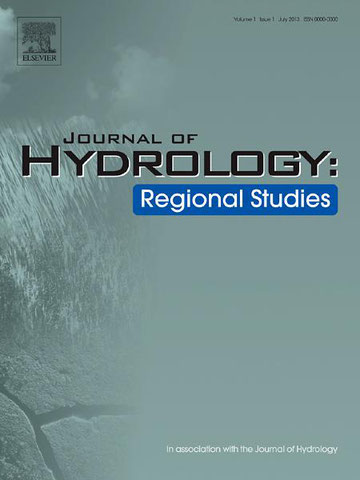 A review of the current state of research on the water, energy, and food nexus

Study region Asia, Europe, Oceania, North America, South America, Middle East and Africa. Study focus The purpose of this paper is to review and analyze the water, energy, and food nexus and regions of study, nexus keywords and stakeholders in order to understand the current state of nexus research. New hydrological insights Through selected 37 projects, four types of nexus research were identified including water–food, water–energy–food, water–energy, and climate related. Among them, six projects (16%) had a close linkage with water–food, 11 (30%) with water–energy–food, 12 (32%) with water–energy, and eight (22%) with climate. The regions were divided into Asia, Europe, Oceania, North America, South America, Middle East and Africa. North America and Oceania had a tendency to focus on a specific nexus type, water–energy (46%) and climate (43%), while Africa had less focus on water–energy (7%). Regarding keywords, out of 37 nexus projects, 16 projects listed keywords in their articles. There were 84 keywords in total, which were categorized by the author team depending on its relevance to water, food, energy, climate, and combination of water–food–energy–climate, and 40 out of 84 keywords were linked with water and only 4 were linked with climate. As for stakeholders, 77 out of 137 organizations were related to research and only two organizations had a role in media.