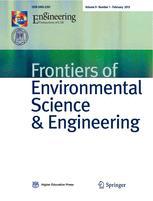 On water security, sustainability, and the water-food-energy-climate nexus

The role of water security in sustainable development and in the nexus of water, food, energy and climate interactions is examined from the starting point of the definition of water security offered by Grey and Sadoff. Much about the notion of security has to do with the presumption of scarcity in the resources required to meet human needs. The treatment of scarcity in mainstream economics is in turn examined, therefore, in relation to how each of us as individuals reconciles means with ends, a procedure at the core of the idea of sustainable development. According to the Grey-Sadoff definition, attaining water security amounts to achieving basic, single-sector water development as a precursor of more general, self-sustaining, multi-sectoral development. This is consistent with the way in which water is treated as “first among equals”, i.e. privileged, in thinking about what is key in achieving security around the nexus of water, food, energy and climate. Cities, of course, are locations where demands for these multiple resource-energy flows are increasingly being generated. The paper discusses two important facets of security, i.e., diversity of access to resources and services (such as sanitation) and resilience in the behavior of coupled human-built-natural systems. Eight quasi-operational principles, by which to gauge nexus security with respect to city buildings and infrastructure, are developed.