According with the projections of the Intergovernmental Panel on Climate Change (IPCC), the limitation of global warming below 1.5 °C above pre-industrial level is strictly related to the reduction of GHG emissions. Nowadays, more than half of the world’s population lives in urban areas and cities contribute approximately to 75% of world’s GHG emissions. Considering that the share urban population is forecasted to reach 68% by 2050, cities will play a key role in the fight for climate change. Indeed, according to the International Energy Agency (IEA), urban areas account for up to two-thirds of the potential to cost-effectively reduce global carbon emissions. As a basis for action on climate change, cities should report their CO2 emissions in an effective and complete way. The traditional Production-Based Accounting should be integrated with the Consumption-Based Accounting to assess the “responsibility” of CO2 emissions. The policy-makers should be informed through precise and specific analysis highlighting the inter-sectoral connections arising inside and outside the city boundaries. The objective of this work is to develop a Nested Environmental-Extended Multiregional Input-Output (Nested EE-MRIO) model with three spatial levels, applied to Italy, Italian regions and the metropolitan area of Milan. The framework has been modeled through Exiobase 3 and Istat databases, applying traditional and modified methodologies of downscaling of data at regional and urban dimensions. The model estimates, according to a CBA logic, the Carbon Footprint and the carbon flows associated to 17 production sectors of Italy, of the Italian regions and of the metropolitan area of Milan, in order to analyze how these sectors interact with each other. The results show that the double scaling of data (from nation to region and then from region to city) gives a more realistic representation of the urban system than the one obtained by scaling directly national data to the urban dimension. The attributional analysis has been followed by a consequential analysis to give a first environmental and economic assessment of the green roofs policy that is included in the new Piano di Governo del Territorio (PGT) of Milan.

Available within this Thesis 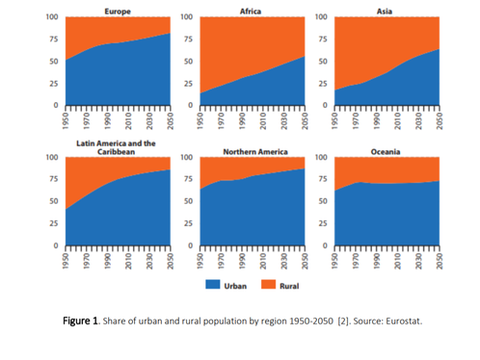