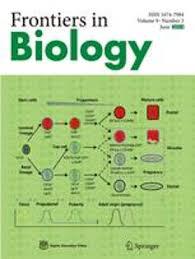 The economic and ecological aspects of a social system are coherently linked and can be examined by its material and energy flows. In this study, we used the material flow analysis (MFA) to model the material input and output of the Wujin District of Changzhou City, Jiangsu Province in China. It was revealed that: (1) total material input and material input per capita increased with economic development, while the total material output and material output per capita decreased consistently; (2) except for water, the total material input continued to increase. Input of solid materials grew faster than that of gaseous materials, while the total material output declined. The gas output accounted for the largest proportion of the output resulting in primary environmental pollution as burned fossil fuel; (3) water use in agriculture continued with an increasing trend while that in industrial and residential sectors decreased per capita. The total wastewater discharge and wastewater discharge per capita decreased with a faster decreasing rate of residential wastewater discharge followed by industrial wastewater discharge; (4) material input per unit GDP fluctuated and material output per unit GDP decreased. A decreasing trend in both water use and wastewater discharge per unit GDP was disclosed. These results suggest that the efficiency of resource use in the Wujin District has improved. This weakened the direct link between economic development and environmental deterioration. Additionally, we discussed the harmonic development between environment and economy. Potential limitations of MFA’s application were also discussed. It is suggested that effective measures should be taken for the enforcement of circular economic strategies and the construction of a resource-saving economy