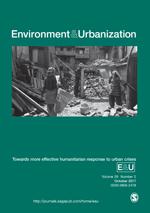 Cities are blamed for the majority of greenhouse gas (GHG) emissions. So too are more affluent, highly urbanized countries. If all production- and consumption-based emissions that result from lifestyle and purchasing habits are included, urban residents and their associated affluence likely account for more than 80 per cent of the world's GHG emissions. Attribution of GHG emissions should be refined. Apportioning responsibility can be misguided, as recent literature demonstrates that residents of denser city centres can emit half the GHG emissions of their suburban neighbours. It also fails to capture the enormous disparities within and across cities as emissions are lowest for poor cities and particularly low for the urban poor.This paper presents a detailed analysis of per capita GHG emissions for several large cities and a review of per capita emissions for 100 cities for which peer-reviewed studies are available. This highlights how average per capita GHG emissions for cities vary from more than 15 tonnes of carbon dioxide equivalent (tCO2e) (Sydney, Calgary, Stuttgart and several major US cities) to less than half a tonne (various cities in Nepal, India and Bangladesh). The paper discusses where GHG emissions arise and where mitigation efforts may be most effective. It illustrates the need to obtain comparable estimates at city level and the importance of defining the scope of the analysis. Emissions for Toronto are presented at a neighbourhood level, city core level and metropolitan area level, and these are compared with provincial and national per capita totals. This shows that GHG emissions can vary noticeably for the same resident of a city or country depending on whether these are production- or consumption-based values. The methodologies and results presented form important inputs for policy development across urban sectors. The paper highlights the benefits and drawbacks of apportioning GHG emissions (and solid waste generation) per person. A strong correlation between high rates of GHG emissions and solid waste generation is presented. Policies that address both in concert may be more effective as they are both largely by-products of lifestyles.