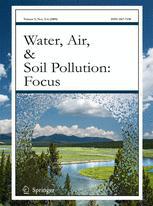 Metals have rapidly accumulated in the anthroposphere, especially in urban areas, indicating possible environmental and resource problems. Here, Stockholm City was chosen for a case study of urban metal flows, i.e. metal inflow to, metals in the stock of,and metal outflow from the anthroposphere to the biosphere. The metal stock of Stockholm is large and still growing. The large amounts of metals in the solid waste fraction totally dominatethe outflow from the city. For major parts of the stock, the emissions from goods in use are negligible. There are, however,goods applications corresponding to significant emissions: e.g. the traffic sector (Cu, Zn, Cr, Ni, Pb), the tapwater system (Cu), roofs/fronts or other metal surfaces (Cu, Zn). Today's known metal flows from the anthroposphere of Stockholm to the biosphere and sewage sludge are quantitatively dominated by Zn(34 ton y-1) and Cu (14 ton y-1). Historical and present emissions have resulted in high metal concentrations in sediments (especially Cd, Hg and Pb, but also Cu and Zn), groundwater (Cu, Hg) and in soils (Hg, Cu, Pb). At present the annual median concentrations are below the Swedish limits for metals in sewage sludge, even if the safety margins ares mall for Cd, Hg and to some extent Cu. The flows of Cu and Zn to Stockholm soils are high with a significant accumulation indicating an environmental impact in a longer time perspective.High levels of metals in surface sediments in the water environments reflects an ongoing input where these metals are transported from known (Cu, Zn) and or partly unknown (Cd, Hg, Pb) sources. In future urban areas, monitoring of metal flows must be performed both in the anthroposphere and the biosphere in order to have a pro active approach to urban environmental problems and to get prompt answers to measures taken.